State of local emergency: For disruption information as well as details on how to contact us to report damage visit our Severe weather impact across Auckland page.

As part of the region wide Safety Improvements Programme, Auckland Transport (AT) will implement improvements to the Parnell Rise and Parnell Road intersection.

Improvement works at the intersection of Parnell Road and Parnell Rise are scheduled to start today and take approximately 3 weeks to complete (weather permitting).

Every effort will be made to minimise disruption to traffic. Access to properties and businesses will be maintained at all times.

A decision on the final design for Parnell Road has been made.

The proposed changes will make the intersection more pedestrian-friendly and improve safety for all users.

AT investigated the existing layout of the Parnell Rise and Parnell Road intersection as part of the region wide Safety Improvements Programme and following feedback from previous consultations in the area.

It was found that:

AT is undertaking a Corridor Management Plan (CMP) in Parnell between The Strand and Carlton Gore Road.

The aim of the CMP is to find out the most appropriate functions and operations of the corridor across all modes of transport. This includes public transport, cycling, walking and private vehicle use.

The CMP also needs to consider the route’s strategic direction, the surrounding land uses and Parnell’s close proximity to the CBD, Newmarket and the Domain.

The CMP is expected to be completed by May 2015. The entry to Carlaw Park Ave will be reviewed as part of this.

AT engaged in public consultation from 4 July until Friday 25 July 2014: 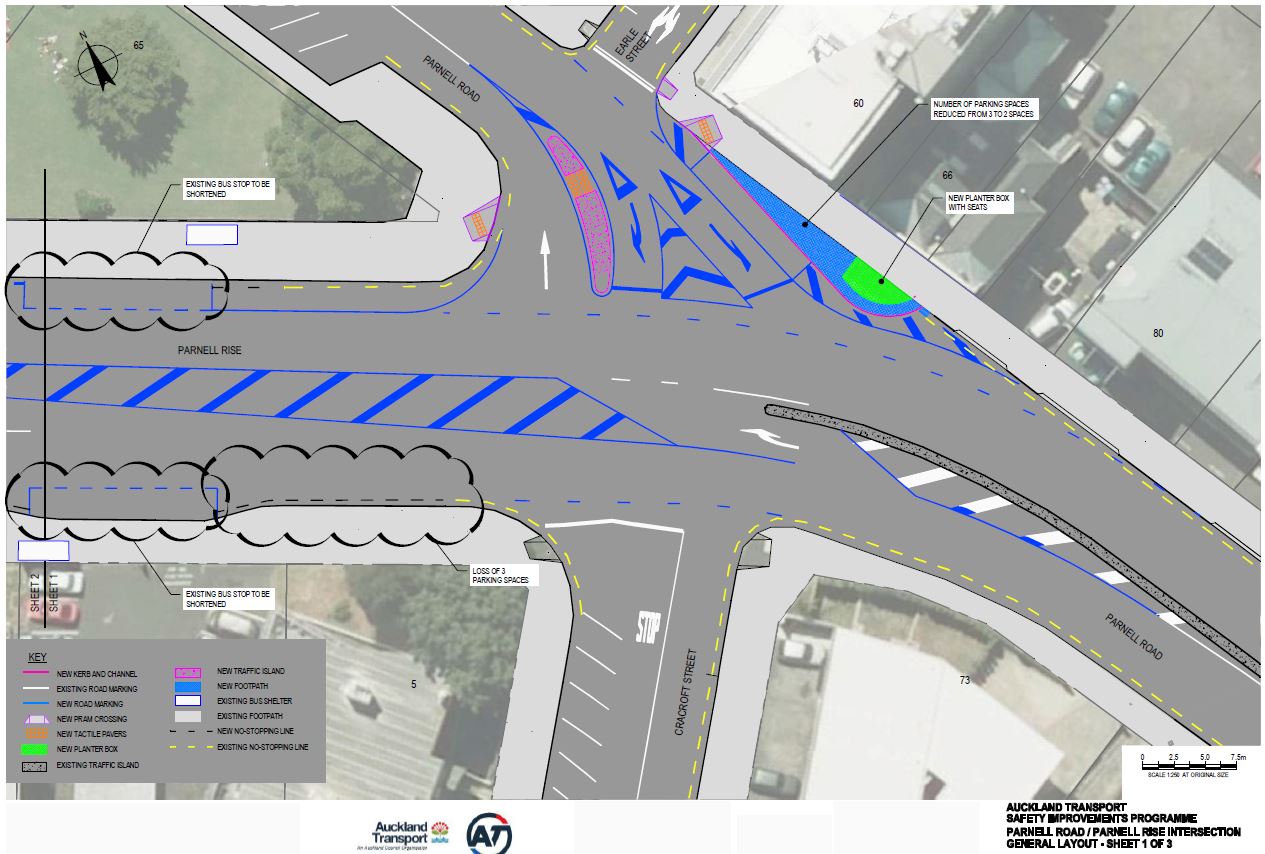 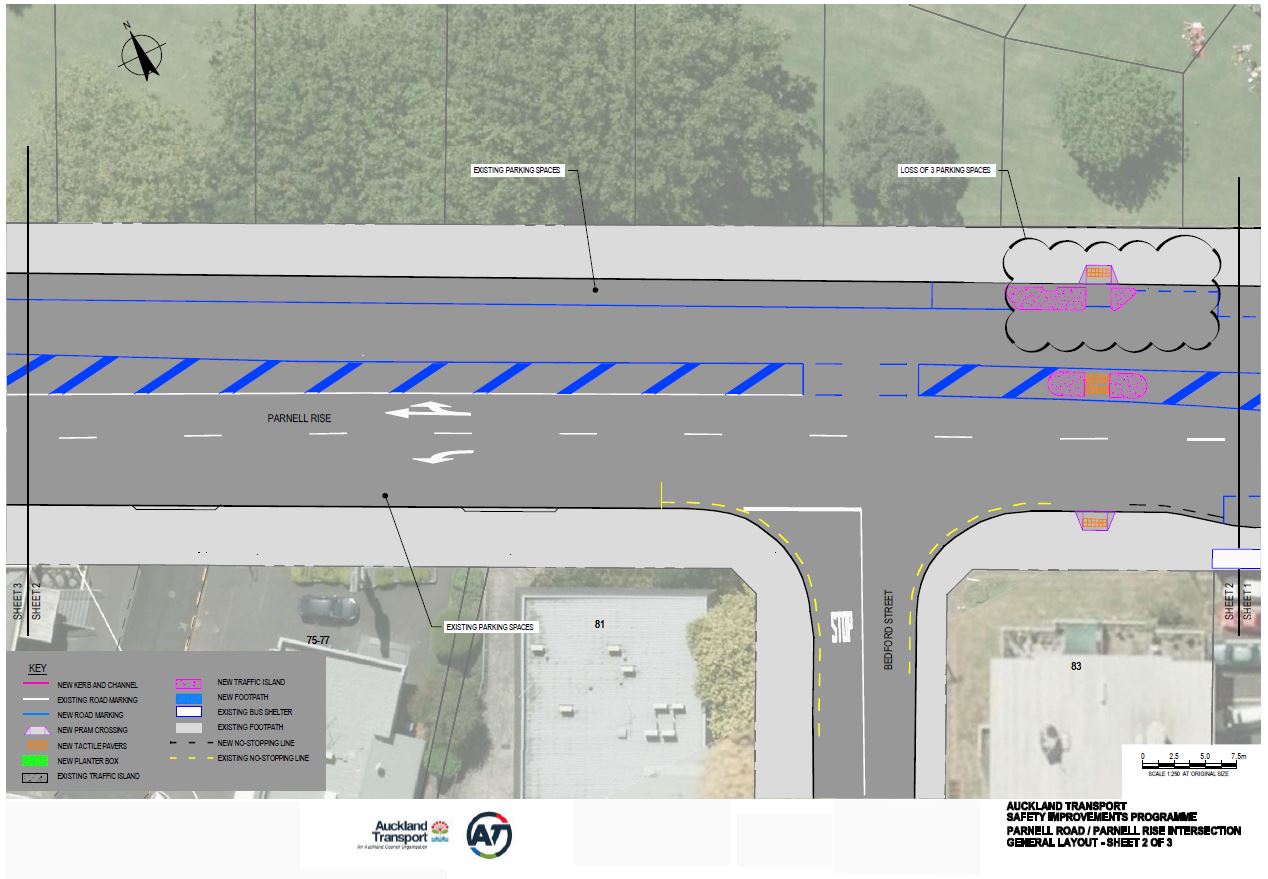 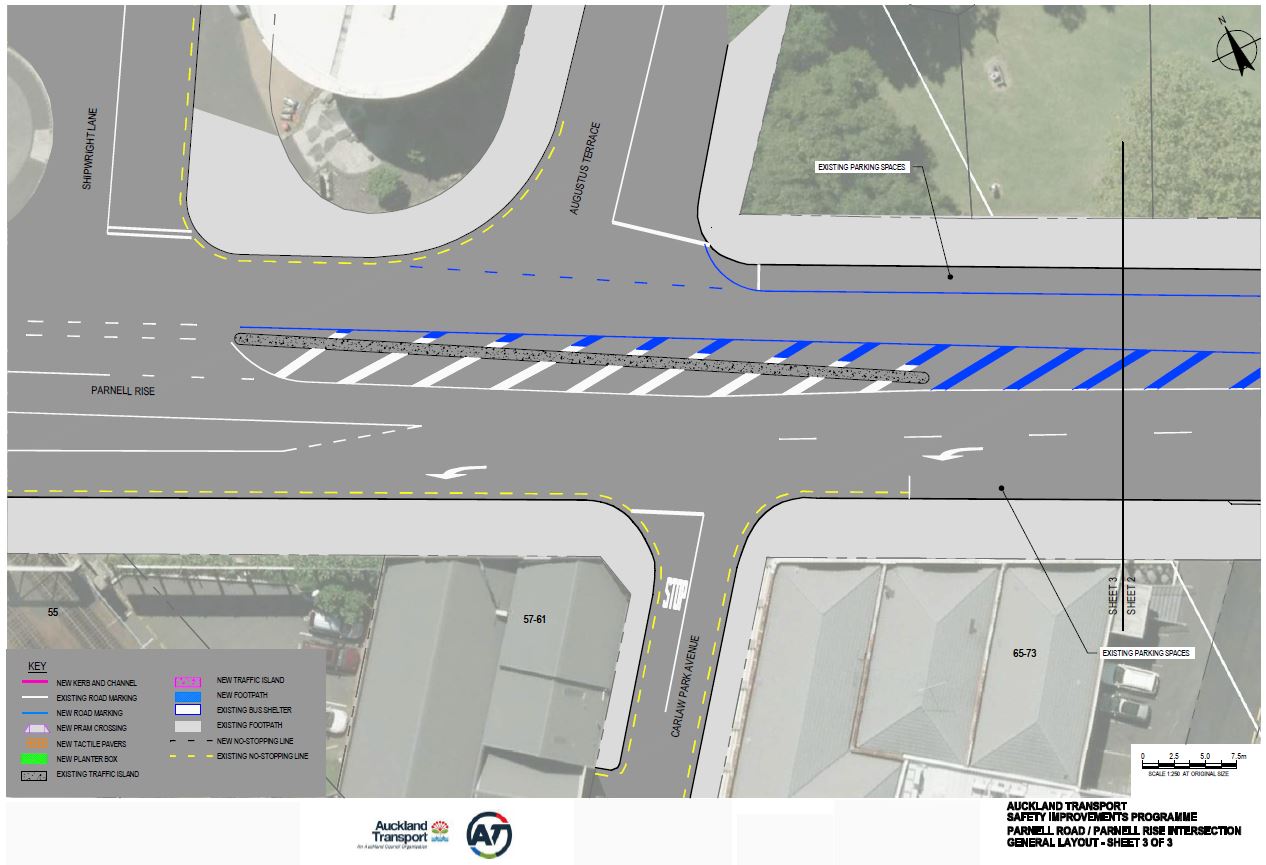 Construction of the safety improvements will begin in late July 2015 and be completed by September 2015.

Construction activities will be programmed to minimise interruption to the operation of Parnell Rise and the business. A notification will be sent to the affected business before construction.

For more information about this project